The Y-Point Orchestra will have its annual performance in Pune on 13th January 2018. The YPO has been going from strength to strength. In addition to the 4 shows they have had in Pune they have also performed in Delhi & Goa.

So get ready to enjoy your favourite Old Hindi Songs rendered by some amazingly talented IIT Alumni on the saxophone, accordion, keyboard, guitar etc., accompanying our very own Kishor Kumars, Rafis, Latas and Ashas. The main performance will last for about two hours. Snacks & Tea will be served. IITB Alumni are welcome to invite their families and friends to join the fun evening.

This event is in support of the GREAT Foundation and Persistent Foundation. GREAT foundation is an NGO started by Viney Kirpal, a long time teacher at IITB. It has aimed at providing quality education to the children of low income families attending government schools. They are currently focusing on Project Udaan to help poor children in 9th standard clear competitive exams like the JEE by strengthening their core concepts in Science, Math, and English.

Passes can be collected at following the locations (10am-6pm)

As the response will probably be more than the seats available please get your passes as soon as possible.

In our endeavour to get interesting speakers, the IITBAA Pune Chapter has invited Tomio Isogai to talk about how to do business with Japan.

Tomio is Japanese & is now based in Pune. He has spent his working career with Sharp Corporation last as MD of Sharp India. He was the in 5 foreign countries for more than 20 years mainly in the emerging regions, including his last 6 years in India (New Delhi and Pune).
He has decided to become a bridge person connecting India and Japan with his mission as.
1. Contribute to the bilateral relations in between India and Japan (in commercial, academic, and cultural aspects)
2. Transfer his knowledge, skill, and knowhow to the next generation. (in global marketing, cross-cultural management, human resource development)
3. Promote Indian Yoga and Ayurveda into the fast aging Japanese society.(for healthier, self-dependent and longer life for all)

The title of his talk was ” Look East, Act Global – Cross Cultural Perspectives .” He talked about the history of Indo Japanese relations, how the combined skill of the two countries can lead to India becoming a manufacturing powerhouse. He also is available for helping Indian companies to do business with Japanese companies.

The IITBAA Pune Chapter had invited Vinayak Joglekar (Class of 1977- IITB; Class of 1981- IIM Calcutta) Founder & CTO, Synerzip to talk on “The Future of Work”.

1) The future of jobs- how automation will impact jobs, moving from full-time employee to freelance consultant; shorter, flexible associations; smart contracts and blockchain
2) The future of organizations- Moving from hierarchical spider corporates to star-shaped communities; more agile and lean teams.
3) The future of hiring- using NLP and ML, Maybe DNA analysis for candidate evaluation, lean hiring.
The talk lasted 1.5 hours & was followed by Q & A.

About 60 people attended, mainly IITB alumni. However, there were also alumni from other IIT’s & some from IIM’s. in Pune 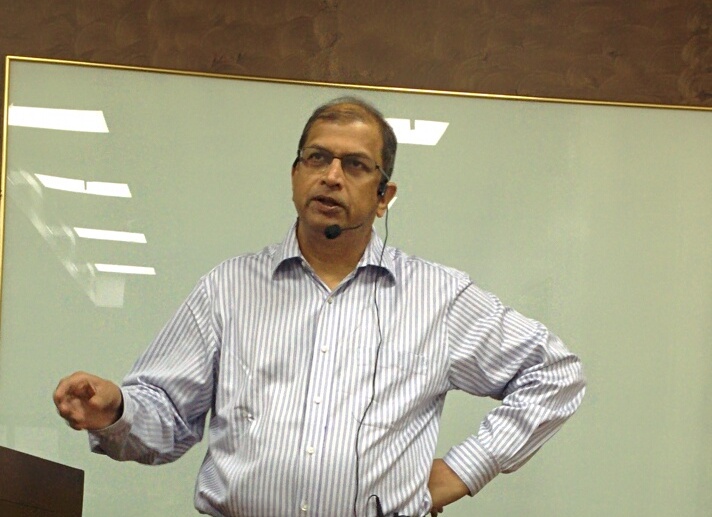 The IITBAA Pune Chapter had invited Ramesh Adavi to share his knowledge about Data Science with us on the 9th Sept. 2017 Ramesh Adavi did his BTech in Mech in 1979 & an MBA from IIM-Bangalore in 1984.

At the “basics” level, these subjects are very similar. Essentially, there are NINE techniques that are “foundational”. If these techniques are understood conceptually, a person new to the field will know “what these subjects are all about”. Armed with a high-level understanding, he/she will be able to get into an in-depth study (and discussion) of these subjects, with confidence. These NINE techniques are Classification, Regression, Similarity Matching, Clustering, Co-occurrence grouping, Profiling, Link Prediction, Data Reduction & Causal Modeling.

Ramesh presented this. His talk was well received. The talk lasted about 2 hours & was followed by a Q&A. There were about 70 attendees mainly IITB alumni but also alumni from other IIT’s & from IIM’s.

1) There was a discussion with Radha Shelat & Raghu Iyer (C’81) from Nevis Networks about the company conducted by Nandkumar Kulkarni (C’74). Nevis Networks is the only Indian player in the NAC (network access control) space – competing with Cisco, HP (Aruba), Forescout, Pulse Secure (Juniper). 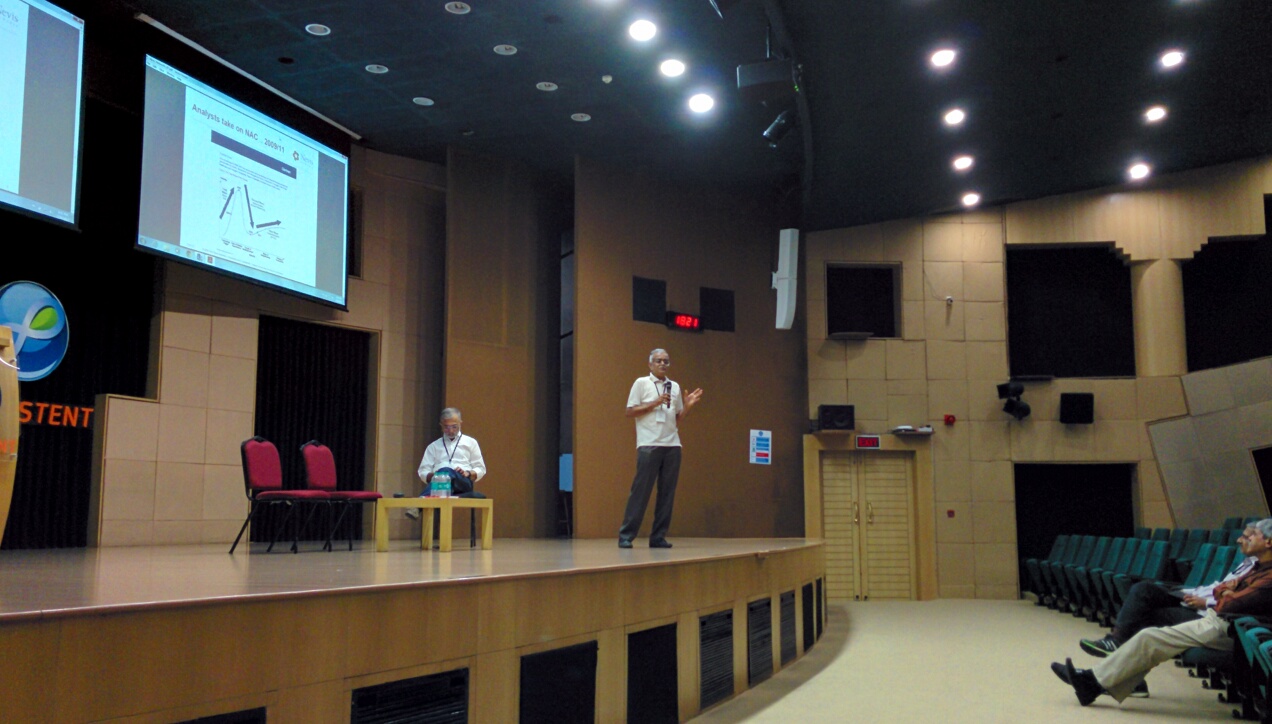 Nevis was founded in 2002 to revolutionise network security by offering security for free with every switch port. It focused on insider threats and internal LAN security. It was among the earliest adopters of the model where fundraising and business development were in the Silicon Valley and Engineering was located in Pune. Ajit Shelat (C 1977, IITB) was the founder from Pune. The company accomplished quite a few technological feats. It built its own Network Processor ASIC, motherboards, and embedded switching and security software together with large management software. The company changed its product definition after Cisco coined the term NAC – Network Access Control – with its acquisition of Perfigo. NAC personified LAN security albeit in a limited sense. Nevis had NAC+.

The company went thru a turbulent phase when the US operations were shut down in 2008-09 and the VCs did not fund $10M more, after funding $75M. Nevis focused on enhancing, promoting and selling its NAC products to large enterprises in APAC/MEA. The company managed to secure marquee customers from the largest private sector banks and financial and education institutes – purely on the founder’s charisma and the merits of the product. The company had a major setback when Ajit Shelat passed away in 2010. With a large staff of highly skilled engineers on its rolls and sales yet to pick up, the pressure was extremely high to get the company funded and keep cash-flows positive and employee morale high. Running a product company in India with Hi-tech products targeted at large enterprises costing big bucks, fighting Indian mindsets and prejudices and keeping employee and investor morale high is what the story was all about.

2) There was an introduction to the Venture Center by Dr. Premnath The venture center is India’s leading science business incubator.

There were about 80 attendees consisting of alumni from IIT’s & IIM’s.